A star, passing too close to a super-massive black, might be torn apart by exetremly strong tidal forces. This tidal disruption event, is usually accompanied by transient emission. We report here, the discovery of delayed radio flares, appearing months and years following the stellar disruption.

The timeline of the delayed radio flare detectionsExploration of new phase spaces combined with patience can lead to great discoveries - In time domain astronomy we usually perform panchromatic follow-up observations of newly discovered optical transients upon detection. This is true also for follow-up radio observations. However, often enough the radio emission is too weak to be detected. Therefore, once an observation results in a non- detection, usually one or two additional observations are carried out to confirm the result and subsequent future observations are curtailed. What however, if, for some reason, the transient radio emission is delayed considerably due some unknown process? To discover such a case, one is required to plan follow-up observations on different time scales, despite any initial non-detection, in search for the onset of late-time emission. One should also take into account that this onset of delayed emission may not be present in all of the events in question (or maybe not present at all). Thus, adopting this observational strategy for exploring a broad timescale phase space is requied in numerous events, which also requires patience.

Our latest Nature Astronomy paper on the tidal disruption event ASASSN-15oi is a fine example of the above. Tidal disruption events are events in which an innocent star is passing too close to a super massive black hole (at a center of some galaxy) and is torn apart by tidal forces exerted on it by the black hole. The star at this point cease to exist as a star and is merely reduced to a stream of gas (stellar debris). Following this event electromagnetic emission is emitted in various wavelength. Nowadays, most TDEs are discovered as transient events in optical wavelengths. The optical emission is believed to be produced by either an accretion disk around the black hole, formed from the infalling stellar debris or by collisions between the infalling streams of stellar debris (without accretion disk formation). In addition, the tidal disruption event is followed by outflow ejection. One component of the outflow is some fraction of the stellar debris that are actually ejected away from black hole. In some cases, if there is accretion of material onto the black hole, it is possible that as a result powerful jets will be launched from a close vicinity of the black hole (as seen in active galactic nuclei). In any case, interaction of high velocity outflows, regardless of their origin, with material surrounding the black drives a shockwave through this material that in turn generates radio emission.

Until recently, radio emission from such outflows have been discovered only in a handful of cases. The brightness of the emission widely varies according to the strength of the interaction of the outflow with the black hole environment. However, in all of the cases until now, the radio emission has been generated promptly after the stellar disruption since the outflows were promptly ejected. This was not the case in the TDE ASASSN-15oi discussed in our paper.

Our radio observing campaign, using the Jansky Very Large Array (VLA), was launched briefly after the optical discovery of ASASSN-15oi by the ASASSN team. A series of three observations, performed by our team, from several days to three months after the stellar disruption, resulted in non-detections in the radio band. If an outflow has been launched promptly, after the disruption event, then we should have detected radio emission already. Even when considering some scenarios that predict some delay between the time of stellar disruption and accretion of material onto the black hole, radio emission should have been detected (given the timescales in these scenarios). Despite these observational results, we have decided to carry out one last radio observation on a time scale of 6 months after the optical detection. This was an attempt to search for a signal outside of the standard predicted phase space of standard TDE scenarios.

Our gamble paid off. On our fourths radio observations, we have detected a bright radio signal. We quickly launched a follow-up campaign to characterize the broadband properties of the radio signal and its evolution with time. In addition to its surprising late appearance, the radio signal subsequent temporal evolution also turned out to be peculiar. Moreover, it turned out that years later a second bright radio flare has been detected in data collected as part of the VLA all sky survey (VLASS). The overall evidence suggests that new models are required to explain these delayed radio flares and their properties. Moreover, we point out some resemblance to radio properties of other (non TDEs) black hole accreting systems. 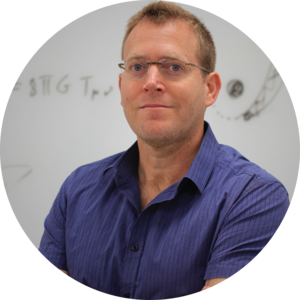