Stellar 'super-flares' can dramatically influence the long term evolution of attendant exoplanets. This 3D study finds that while repeated flares can destroy a terrestrial planet's atmospheric species, it may also aid observations of biosignatures by amplifying their absorption signals.

The Solar astrospheric radiation- and particle-environment can exert a strong influence on the evolution of planetary climate and atmosphere. Since the mid 1950s, the Sun's temporal variability has been intimately studied by space scientists and heliophysicists (Figure 1). Close monitoring of the near-Earth space conditions (and those of Venus and Mars) found that solar activity have large impacts on the chemistry and dynamics of upper atmospheres. For instance, ultraviolet (UV) photons and energetic particles originating from the solar corona and chromosphere could break apart and excite major atmospheric constituents as they collide with the ambient gases. Sudden stratospheric warming, mesospheric ozone depletion, geomagnetic storms, and auroral events in Earth's atmosphere are often correlated with strong solar activity. As 'stars are other suns', it is within expectation that the destinies of exoplanets found orbiting distant systems might also be tied to the activities of their host stars.

A big surprise in observational astronomy is how "active" other stars are in the UV and extreme UV (EUV). Over the past decade or so, space-borne instruments observing the high energy radiation environment of distant stars (e.g., the Hubble Space Telescope, XMM-Newton Observatory, the Chandra Space Telescope, and the Galaxy Evolution Explorer) have been gathering data in the X-ray/EUV/UV. In addition, the Transiting Exoplanet Satellite (TESS) launched in April 2018, also monitored the flaring activity of a whole new catalogue of closer and brighter stars (Figure 2). These sorts of measurements often result in readily available 'data inputs' for climate modelers and planetary theorists to take advantage of. For my PhD thesis, I have worked extensively on coupled terrestrial climate models and we thought it was timely to use some of observed data in the next chapter of my dissertation.

This effort, to numerically characterize the 3D effects of observationally-informed stellar flares on terrestrial exoplanetary atmospheres, began in February 2019. Apart from my thesis advisor Daniel Horton, my coauthors at the time were Zhuchang Zhan, a PhD candidate at the Massachusetts Institute of Technology, and Eric T. Wolf, a research scientist at the University of Colorado Boulder and a world expert in exoplanet global climates. However, at that moment we were faced with two hurdles: 1) we needed a high res. 3D climate model that can self-consistently account for the dynamics, chemistry, and magnetic fields, and 2) we did not have any realistic time-resolved stellar flare data. By adapting the model from my paper published a year ago and using some of Eric Wolf's ExoCAM modules, I was able to overcome the first problem. To overcome the second one, I had to turn to other people in the field for help. Fortunately, my coauthor Allison Youngblood, an astronomer at CU Boulder, led observational campaigns to characterize the high energy radiation environments of low mass stars, along with Kevin France a professor also of CU Boulder. She and her colleagues provided an open source "stellar flare generator" which allowed us to create our own observationally-informed derived data. Further, NSF graduate fellow Adina Feinstein at the University of Chicago helped us retrieve flare data via a machine learning technique in the first TESS data release. Our job then became a lot easier. We only needed to convert the above data into acceptable input formats and start the calculations using our computer models.

Our Nature Astronomy article “Persistence of Flare-Driven Atmospheric Chemistry on Rocky Habitable Zone Worlds” is the result of this a highly collaborative project led by myself and collaborators at the Massachusetts Institute of Technology, University of Colorado Boulder, University of Chicago, and NASA's Nexus for Exoplanet System Science (NExSS). Our work showed that exoplanet atmospheres experiencing time-dependent stellar activity have substantially different chemical outcomes compared to those without.

What do these results imply? Well first of all, flares can still pose serious threats to the habitability of terrestrial exoplanets by modulating the abundance of important gases such as ozone (that could help scatter incoming UV radiation). However, the same series of flare can have very different consequences depending on the planet properties. For instance, the strength of the magnetosphere and planetary rotation rate can determine the distribution and vertical depth of incoming charged particle interactions and thus the degree of chemical modulation. Secondly, because flares can change (and in many cases, increase) the abundance of gases that are made by life processes (most of them only present in minor amounts in the absence of stellar flaring), this suggests that flares might be able to aid in their detectability for future transmission spectroscopy efforts (Figure 3). Unfortunately, these signals are not very large and might be challenging to detect with near-future instruments such as the James Webb Space Telescope ("scheduled" to be launched this Fall). Hence we might need to wait for more powerful instruments in order to verify/falsity some of the predictions made in this paper.

Although our study is quite complex and comprehensive, there are still a lot of caveats and uncertainties in our assumptions and numerical model. The biggest one is that we don't currently have any way to measure the particle emission rates of other stars, i.e., we can only measure photons in the form of lightcurves and spectra. So to estimate the flux of ionized and charged particles such as protons, we needed to rely on proxies leveraged from observations of the Sun, which is not necessarily appropriate for cooler, red-dwarfs stars as their internal structures and processes driving activity are likely different from Sun-like stars. Another shortcoming is that we did not directly simulate ion chemistry and the influence of X-ray and EUV radiation as our current climate model only extend up to ~150 km in altitude. High energy radiation primarily interact with the thermosphere and ionosphere (pressures less than 10-6 hPa or between altitude of 200 and 900 km in Earth's atmosphere) and will require the use of a different numerical model for a future project.

Rocky habitable zone exoplanets, both known and those yet undiscovered, are exciting sites to test some of the most cornerstone questions in human inquiry. The finding in this paper, that flares alone can cause orders of magnitude variability in atmospheric chemical reservoirs, adds another important factor into the already complicated problem of planetary habitability. With the availability of new data in the many years to come, we will be able to gain a deeper insight into the astrobiological potentials of our neighboring worlds. 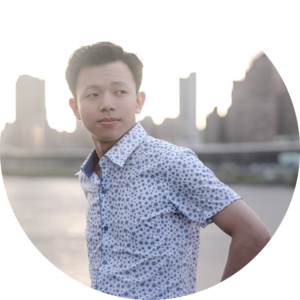