The ancient Chinese myth: The Goddess Chang E Flying to the Moon

The Chang’E Project, also known as the Chinese lunar exploration program (CLEP), is named after the Chinese goddess of the Moon, Chang E.

As the fairy tale is told, the beautiful woman was married to Houyi, an archer, who shot down the 9 suns scorching the earth, leaving just one. He was given two elixirs of life as a reward. He asked his wife to keep them safe, waiting to drink them and gain immortality together.

The story goes that Chang E, to keep it from falling into the hands of a thief who broke into their house while her husband was out hunting, drank the immortal elixir from Heaven. She became an immortal goddess and flew to the Moon. There she would live forever, accompanied by a man called Wugan, the tree of osmanthus, and a jadeite rabbit, in a palace on the Moon.

We know for sure that there are no living things, no atmosphere, and no liquid water on the Moon. But the precise conditions are still important to know for the purposes of understanding the origin and evolution of the Moon, as well as for potentially constructing a lunar base someday.

The Moon was proposed to have formed by the dramatic collision of the proto-Earth with a Mars-sized planetesimal. This giant impact produced a disc of high-temperature melt and gas, which re-accreted into the form of the Moon. Accordingly, the Moon was expected to be “bone dry”.

Then, in 2008, a study [1] analyzed the water content in volcanic glass beads from lunar soil samples returned by the Apollo missions and reported strikingly high water contents up to 745 ppm for the magma before eruption—that is, the inferred lunar mantle was as “wet” as Earth’s mantle.

This discovery seemed to indicate instead a “wet” Moon. Numerous analyses of the water abundance in lunar samples have been subsequently carried out. But the estimated water contents of the lunar mantle seem to vary quite significantly from “wet” to “dry”.

The water content of the lunar mantle is a key question for lunar exploration because it provides critical constraints on the formation of the Moon. Furthermore, because water can significantly decrease the melting temperature of rocks, understanding its abundance is important for understanding the history of lunar volcanism.

The large discrepancy in the estimation of the water abundances of the lunar mantle could be mainly attributed to the Apollo samples and lunar meteorites being generally quite old. Most prior lunar samples with measured water contents are dated to ~2.8 billion years ago (Ga) [2] or older. Such old rocks could have experienced long-term and heavy alteration and modification due to, for example, asteroid impacting and solar wind implantation.

Thus, the new samples returned to Earth on December 17th, 2020 by China’s Chang’E-5 mission from a new region of the Moon have the potential to offer a fresh perspective from younger rocks.

Chang’E-5 had planned to land on some of the youngest basalts on the Moon. Now we know that the mission was accomplished.

In a companion paper to ours in Nature, our colleagues at the Institute of Geology and Geophysics, Chinese Academy of Sciences (IGGCAS) have now radiometrically dated the Chang’E-5 samples at 2.0 Ga [3], making it the youngest dated Moon rock. (This very precise age is within error of a previously reported age in Science [4])

We can also infer that the returned samples were from a single basaltic lava flow. With such a simple and clear geological setting, the samples therefore provide a good opportunity to address the question of whether the mantle reservoir at 2 Ga was “wet” or “dry”.

Another curious and important question is why the volcanic activity at the Chang’E-5 landing site lasted at least 800 million years longer than elsewhere. Was the underlying mantle source rich in heat-producing radioactive elements (U, Th), or did it contain abundant water that made melting easier?

We analyzed the water contents and hydrogen isotopes of melt inclusions (magma trapped in minerals) and apatite (a phosphate mineral-bearing the volatiles F, Cl, and OH) from Chang’E-5 basalts. We used a nano-scale ion probe called the nanoSIMS, a secondary ion mass spectrometer with an ion beam down to 50 nanometers in diameter. The relative abundances of the two isotopes of hydrogen (deuterium [D] and hydrogen [H]) can serve as a “fingerprint” to trace the reservoirs of water and the magmatic processes involved.

The lightest hydrogen isotopic composition we measured (lowest D/H ratio) is similar to the canonical ratio of the lunar mantle. Thus, this melt inclusion is the most representative of the magma before the eruption. This discovery is also compelling evidence that the Chang’E-5 basalts formed by melting of the lunar mantle.

The apatite grains are found in the fine-grained matrix in between the major rock-forming minerals (pyroxene, plagioclase, ilmenite, and olivine) of the basalts. Apatite crystallized from the final residual melt—after the other water-poor minerals had already formed—and thereby took all of the leftover water. The measured water contents and hydrogen isotopes of the apatite thus in fact show the highest D/H ratios. This finding supplies equally convincing evidence for an increase in the D/H ratio due to the loss of water during volcanic degassing.

Based on another companion paper [6] to ours in Nature also by our colleagues at IGGCAS, the magma was produced by melting only a very small percentage of the mantle source, followed by an extensive crystallization process ranging across many mineral types (known as “fractional crystallisation”).

During these two sequential processes, the water became highly concentrated in the magma. With this information about the magmatic evolution and the new measurements of water, we estimated a water concentration of 1-5 ppm for the mantle source of the Chang’E-5 basalts. This result resoundingly indicates a very “dry” lunar mantle.

Our new result plots at the minimum range of previous estimates for the mantle sources of Apollo samples and lunar meteorites dated older than 2.8 Ga. One scenario is that the mantle source of the Chang’E-5 basalts was dried up by 2 Ga due to the extended period of volcanic degassing. Alternatively, the lunar mantle may be very heterogeneous in water content, but this scenario requires more lines of evidence.

Our study definitively rules out the possibility that high water content in the mantle source was the cause of the usually young volcanic eruption. These discoveries bring up new questions for the future of lunar exploration. 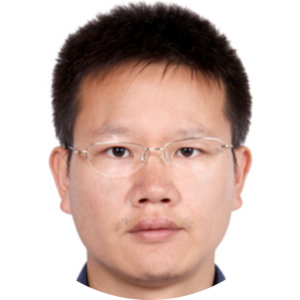