A solar filament consists of many threads, which keep moving in opposite directions alternatingly throughout the filament body. What underlies the fine structures of the filaments and the counterstreaming flows, however, has been puzzling. With numerical simulations, we try to give an explanation.

Unlike the cosmic background radiation, whose temperature has been decreasing monotonically since the big bang, the baryonic matter in the universe struggles between superhot (>107 K) states and cold (~104 K) or even super-cold (~10 K) states, due to the competitive interplay between ubiquitous heating and intrinsic runaway cooling. This makes the visible universe full of plasmas mixed with hot and cold components. In large scales, e.g., tens of kpc, a typical example is the galactic filaments associated with active galactic nuclei (AGN) jets (Fabian et al.); In small scales, e.g., tens of Mm, one example is solar filaments.

Solar filaments are elongated dark structures observed against the solar disk, as shown by the Hα filtergram in the left panel of Fig. 1. When appearing above the solar limb, they are found to be suspended in the solar corona (right panel of Fig. 1). In this case, they are called solar prominences. Solar filaments/prominences are cold plasmas (~7000 K) embedded in the million-kelvin corona. As striking features standing out from the solar limb, prominences are one of the most popular solar objects chased by amateurs. In fact, they have been chased by professional scientists as well. The reason is that their formation is related to chromospheric heating, and their eruptions are related to solar flares and coronal mass ejections (CMEs) – all are fascinating subjects in solar physics. High-resolution observations revealed that a filament is actually made of numerous thin threads as seen in Fig. 1. More interestingly, at any single time, these threads are found to be moving in alternating directions, which is called “counterstreamings”.

Solar filaments caught my eye when I dropped by the Max Planck Institute for Solar System Research in 2006. Then in Lindau, Germany, Davina, Sami and I proposed that non-decaying filament oscillations might be a precursor of CMEs. Since then, I planned to investigate the whole life of filaments, their formation, their oscillations, and their eruptions.

The reason why solar filaments amazed me so much is simply because there are so many puzzles associated with these dark objects. For years, I have been thinking why a filament is made of sparsely discrete threads rather than a trunk of cold plasma, why the threads display ceaseless motions, and what has fueled the perturbation.

Yuhao Zhou, first author of our paper, was the fifth among my PhD students to choose filaments as their thesis topic. Last year, an idea jumped to our mind that turbulent heating at the solar surface, which had been proposed to solve the chromospheric and coronal heating problems, might be in charge of both the fine structures and the dynamics of solar filaments. Once there is an idea, you might think that the rest can be left to computers. Actually, it is not that straightforward. This phenomenon is a 3-dimensional (3D) landscape in reality; if you plan to perform 3D simulations, however, limited computational power would not allow you to achieve high-enough spatial resolution, which unfortunately is critical for studying the fine structures of filaments. We decided to take a 2D curved manifold that we call magnetic flux sheet, which stands in the 3D coronal space, as shown by the arcade in Fig. 2. Yuhao is good at magnetohydrodynamic (MHD) numerical simulations, and he quickly turned our ideas into computer languages.

Figure 2. Schematic sketch of the 2-dimensional magnetic flux sheet model used for the simulation. The synthesized filament threads (in the grey patch) are superposed on the flux sheet.

It has been well established that when localised heating is imposed at the footpoint of a magnetic flux tube, chromospheric plasma is evaporated to the corona, with a temperature of ~2 MK. As the heated plasma accumulates in the dipped coronal magnetic field, it reaches thermal non-equilibrium. With the thermal instability, the hot plasma cools down drastically to <104 K. Our simulations indicate that when turbulent heating is localised at the footpints of the magnetic flux sheet, chromospheric plasma is evaporated into the corona randomly. Once several threads are formed, the depressed gas pressure leads to the contraction of the frozen-in magnetic field lines. Correspondingly, the ambient magnetic field lines expand slightly, which stops the plasma in these field lines from further runaway cooling. This naturally explains why filaments exist in the form of discrete threads, rather than trunks, as shown in Fig. 2. Our results further confirm that filament threads trace the local invisible magnetic field lines nicely.

The galactic filaments might play an important role in the AGN feedback. Likewise, solar filaments play a crucial role in the mass and energy circulation between the solar surface and the corona higher up. Heavy filaments suppress coronal magnetic field, which facilitates more magnetic energy accumulating in the solar corona, being poised for a drastic solar eruption.

In many research communities, female scientists might be a minority group, which is definitely not true for solar filaments. Noticing that a lot of women scientists have done great jobs in the filament community, I once told Dr. Sara Martin (when she was visiting Nanjing University) that if each solar phenomenon is assigned a gender, filaments must be female. 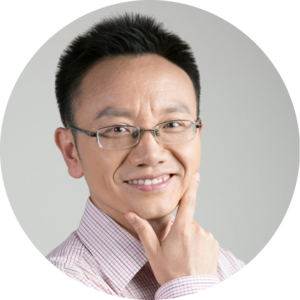