Ten years ago, I would have never imagined still being working on the orbital motion of the Saturnian moons. After all, the Cassini mission is over, and there are so many fantastic celestial objects to study. Then why still buzzing around with Saturn?

The story started in 2007, while I was back in France from a post-doc, polishing our result on Io’s orbital acceleration induced by the Jovian tides. Hearing about the water vapour jets seen by Cassini at Enceladus’ South polar region, I was wondering if we might catch any associated signal on the orbit. While it quickly appeared that such signal would be extremely small, I was puzzled by another signal coming from Saturn itself…

Working with the Saturnian moons is somewhat similar to the Jovian ones, but gets more complexity. First, there are eight main moons instead of four, meaning much more data to process. Second, Saturn is twice further away from the Earth, making the determination of the moon position in space (astrometry) harder. Last but not least, Saturn has rings that interact with the moons!

It appeared pretty clearly that I would need quite some help here. I was lucky enough to see fantastic scientists joining the “ENCELADE” working group as we called it. In 2012, we published our first estimation of some of the main moons’ orbital expansion, driven by the tides they rose in Saturn. Such result was very far from expectations, since we were getting much larger expansion than expected, implying strong tidal friction inside the gas giant planet.

Striking again in 2015 with a paper on Arxiv, we emphasized that Rhea’s orbital expansion seemed not compatible with the classical tidal theory. While we were investigating the idea of extra dissipation by tides in the Saturn’s core, Jim Fuller (Caltech) and co-authors published in 2016 a remarkable alternative theory they called “tidal lock mechanism”.  In short, they considered the cooling of the planet as a major actor in the evolution of the way the planet responds to tide raising moons. More, they made the prediction that Titan’s orbital acceleration would be even larger.

I remember having jumped off my bed while I was reading their paper. These guys could finally explain a weird and faint signal I had seen on Titan’s orbit for years, but could not explain. Indeed, the error bars were pretty large, but the signal seemed steady. I knew it would take years to improve such a determination, but now I had a strong reason to nail it.

Few years later, while I was working at JPL with Ryan Park, I was contacted by Paolo Tortora from the Bologna University. He told me that his team was seeing a huge orbital expansion on Titan’s orbit using Cassini radio science data. “Gosh!”, I thought. They could do it with independent data source, too. After few discussions, including Jim Fuller, we realized that we may had, finally, unveiled the tidal mechanism at play within Saturn.

Our final result showing the agreement between tidal lock prediction (light blue) and our measurement of Saturnian moons’ expansion.

Like the classical tidal theory for terrestrial objects, tidal lock mechanism is a universal physical mechanism for giant planets. In principle, it could be at play in way other systems were giant planets are involved, starting with the Jupiter system itself. 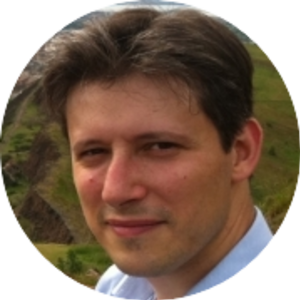