TOI-500b: a USP rocky planet in a 4 planet system with a quiet migration process

We announce the discovery of a 4 planets system orbiting the star TOI-500. The innermost planet is an Earth analogue with an orbital period of 13 hours and it might have migrated to its current orbit through a quasi-static secular scenario.
Luisa Maria Serrano
PostDoc Researcher, University of Torino
Follow
Like Liked by Bruno Leonardo Canto Martins and 2 others
0

TOI-500 hosts at least four planets, the innermost of which is an Earth-sized ultra-short-period body with a density similar to Earth. The architecture of the TOI-500 system can be explained by a slow, secular, low-eccentricity migration scenario.

Launched in April 2018, NASA’s Transiting Exoplanet Survey Satellite (TESS) is performing an all-sky survey to search for planets orbiting bright stars (V < 13). TESS uses the transit method, i.e., it searches for the tiny dimming of light caused by the passage of a planet in front of its host star. As of April 2022, TESS has already discovered more than 700 planets, while thousands more are awaiting confirmation. A very peculiar sub-group of planets is represented by small ultra-short period (USP) planets, i.e., Earth and super-Earth-sized objects with orbital periods shorter than 1 day. Being so close to their host stars, USP planets are extremely hot, and therefore unlikely to have retained a primary atmosphere, and they have molten lava surfaces. These planets usually belong to multi-planet systems and are widely believed to have formed further away from their host star, because of the hostile conditions for planet formation at their current-day orbit. Due to secular forces acting between planets, they must have undergone a process of migration, until they stabilized on their current orbits. How exactly this process happened is currently unclear. The number of small USP planets with well-measured orbital and fundamental parameters is still limited and needs to be increased as much as planet hunters can.

About 3 years ago (8th March 2019), TESS detected a potential transit-like signal in the light curve of the star HIP 34269. Named TOI-500.01 (TOI stands for TESS object of interest), the new candidate immediately stood out for its potential: it was a possible small USP planet, with a period of only ~13 hours orbiting a V=10.5 magnitude star in the southern hemisphere. Prof. Davide Gandolfi of the University of Torino, as PI of a large observing program with the HARPS spectrograph carried out by the KESPRINT consortium, started an intense radial velocity (RV) follow up campaign in order to measure the mass of the new USP planet and look for additional planetary companions. The data collection covered a total of two observing seasons (2019 and 2020). When I arrived in Torino and joined the KESPRINT team (March 2020), the follow up was close to an end. It was time to understand the system better, but the COVID-19 pandemic struck us all and science had an unprecedented break. In autumn 2020, I was happy to finally analyze the TOI-500 data. Prof. Gandolfi told me it was a very peculiar system and excitedly performed a periodogram analysis of the

HARPS time series in front of me. He found 5 periodic signals: the stellar rotation period at 42 days, the Doppler signature induced by the USP planet, and 3 additional periodicities which could only be due to the presence of 3 additional non-transiting planets. The star was orbited by at least 4 planets! Meanwhile, ground observations excluded the presence of stellar companions, confirming that TOI-500 is a single star.

In order to better understand the system, I performed a joint analysis of the TESS and HARPS data. I discovered that TOI-500.01, now renamed TOI-500b, is one of the smallest and least massive planets thus far known, with a mass of 1.42±0.18 Earth Masses and a radius of 1.17±0.06 Earth radii. TOI-500 c, d, and e have periods of ~6.6, 26.2, and 61.3 days, and minimum masses of about 5.0, 33.1 and 15.1 Earth masses, respectively. The periods of the three planets are also in a close commensurability with each other: 1:4 between TOI-500c and d and 3:7 between TOI-500d and e, which is not uncommon among systems hosting USP planets and is a trace left by secular forces in action. All planets have eccentricities compatible with zero, meaning they are on nearly-circular orbits.

While exploring the possible migration scenarios for this system, we were inclined to consider the high eccentricity pathway, a violent migration process which involves an initial excitation of the eccentricities and/or the orbital inclination to high values. Although the eccentricities return to lower values in some kyr or Myr, the orbital inclinations take several Gyrs to be damped to lower values. As a result, USP planets are usually found in highly mutually inclined orbits with respect to the outer planetary companions. Surprisingly, our team identified an alternative migration pathway, the low eccentricity channel, which was curiously compatible with the final configuration of TOI-500. According to this smooth migration scenario, the USP planet and its companions emerged from the protoplanetary disc with low orbital eccentricities, semi-major axes, and mutual inclinations. The system subsequently underwent a process of migration, maintaining a quasi-equilibrium state: in some Myrs the eccentricities decayed to nearly zero, while the semi-major axes and orbital inclinations decayed to the current values during the course of Gyrs. At the end of this process, the system reaches stability, with planetary eccentricities compatible with zero and nearly coplanar orbits.

The innermost object is a small USP planet, followed by one super-Earth sized companion with an orbital period shorter than 10 days. The other planets, if any, are likely to be sub-Neptunes. Since the current architecture of TOI-500 fits well within these conditions, Dr. Alexander Mustill implemented numerical simulations which tested the migration of the system over the course of 5 Gyrs. The results showed that collisions are avoided when planet b starts migrating from an initial size of orbit between 0.02 and 0.025 au and the initial planetary eccentricities are not too low. In the first 100 Myr, the semi-major axis nearly halved; afterwards the system took nearly 2 Gyrs to reach the current architecture. TOI-500 is the first USP system with 4 planets for which the low eccentricity pathway has been demonstrated to work.

With our paper, we showed to the community the importance of coupling the discovery of systems hosting USP planets with numerical simulations to test the possible migration process. The number of USP planets with well determined masses and radii is still small. Our work shows the importance of acquiring RV data covering a long time baseline in order to reach a deep understanding of the internal architecture of such peculiar systems. 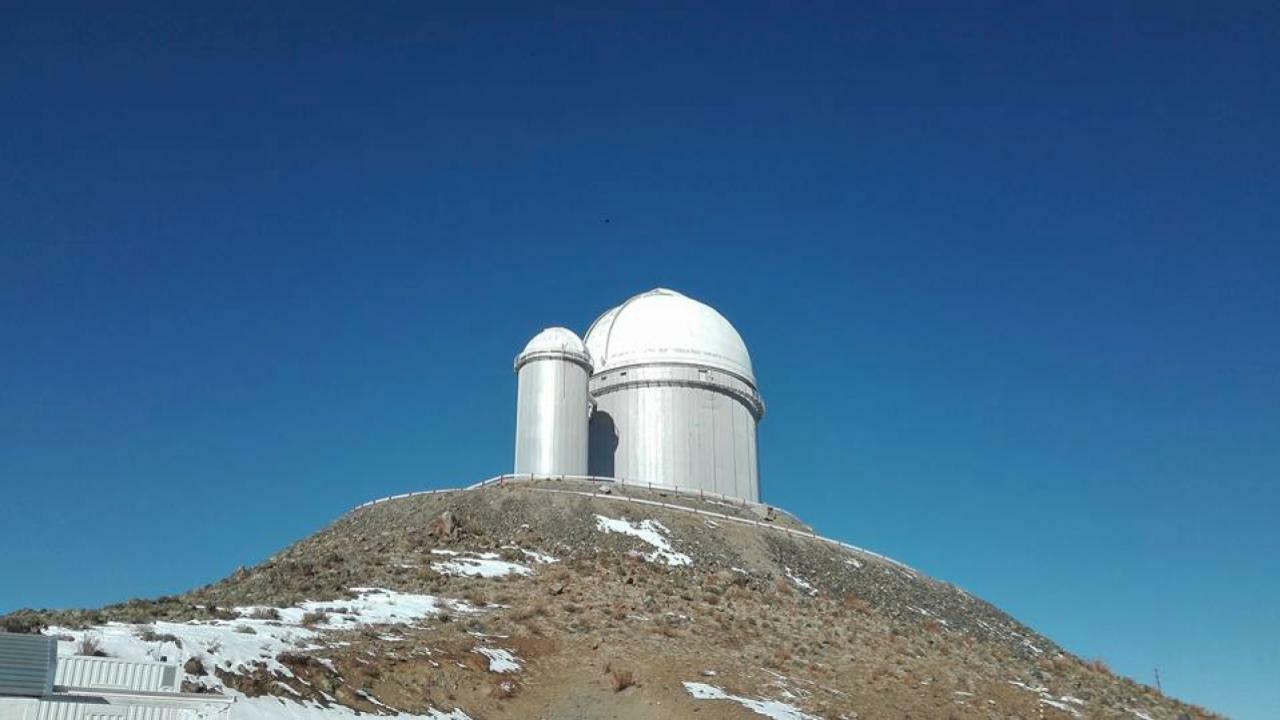 TOI-500b: a USP rocky planet in a 4 planet system with a quiet migration process

We announce the discovery of a 4 planets system orbiting the star TOI-500. The innermost planet is an Earth analogue with an orbital period of 13 hours and it might have migrated to its current orbit through a quasi-static secular scenario.