We find metal-poor stars in the outskirts of the Tucana II dwarf galaxy, suggesting that this primitive galaxy inhabits an extended dark matter halo and may have been shaped by early supernovae or mergers. Our detection shows that stars in the halos of primitive dwarf galaxies are now discoverable.

In August 2019, I traveled to Las Campanas Observatory in Chile to obtain spectroscopic data of stars in the Tucana II dwarf galaxy. This had been a yearlong pursuit— I had traveled thrice to the 6.5 meter Magellan Telescopes to attempt these observations through 2018 and 2019, but clouds and snow had been prohibitive. And so I was very eager for this particular run since the weather was forecast to be ideal.

The reason that Tucana II had long been a source of intrigue has to do with its ancestry. Tucana II belongs to a class of primitive stellar systems known as ultra-faint dwarf galaxies. These galaxies are surviving, local relics from the early universe, as indicated by the age (~13 billion years) and extreme paucity of metals in their stellar populations. Consequently, the stars in these ultra-faint dwarf galaxies act as a window to study the outcome of and processes (e.g., the first supernovae, mergers, dark matter halos) that shaped the earliest stages of galaxy evolution. However, detailed spectroscopic studies of stars in ultra-faint dwarf galaxies is difficult due to their low stellar density and faintness of their member stars. This is particularly problematic in the outskirts of these systems, limiting spectroscopic studies to only the core of these galaxies.

Our team had devised a solution to bypass this bottleneck - to image the Tucana II galaxy with metallicity-sensitive imaging filters on the SkyMapper Telescope in Australia. Such imaging allowed us to diminish foreground contamination levels by identifying and excluding younger, foreground metal-rich stars from the Milky Way. I developed and refined this analysis technique, and upon applying it, I found straggling ancient, metal-poor stars in the vicinity of Tucana II that happened to have similar Gaia DR2 proper motions to the central galaxy. Intriguingly, these stragglers extended out to ~10 half-light radii, a distance far greater than any member stars identified in an ultra-faint dwarf galaxy. I decided to take a gamble and obtain spectra of some of these stars— what were the odds that a number of primitive very and extremely metal-poor stars would just happen to be located in the vicinity of this primitive galaxy and also be moving at the same proper motion, yet not be part of the system?

This gamble paid off, since the spectra confirmed the low metal-content, allowed radial velocity determinations, and confirmed the membership status of some of these distant stars. Upon subsequent analysis, we found no evidence that these stars were distributed in an extended manner due to an external influence (e.g. tidal disruption). This suggested that these stars are bound to the system, which indicates the presence of an extended halo of dark matter. Such extended dark matter distributions are postulated to exist around even the tiniest galaxies, but this is the first direct observational evidence of their presence.

What’s even more exciting is that this detection demonstrates that we can identify these previously hidden stars no matter where they might be located in these tiny galaxies. Such stars will provide insights on the earliest stages of galactic and chemical evolution, and also provide a qualitatively new window to the formation history of these relic ultra-faint dwarf galaxies. Needless to say, plenty more exciting work lies ahead. 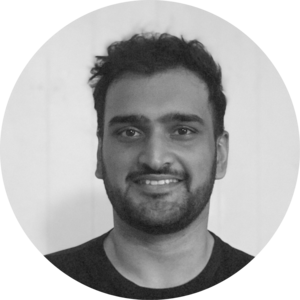