The interior structure and rheology of large terrestrial exoplanets is strongly affected by the phase transition of iron-oxide, according to dynamic compression and X-ray diffraction FeO experiments up to 700 GPa and calculation of the binary MgO–FeO phase diagram.

Our Nature Geoscience article “Implications of the iron oxide phase transition on the interiors of rocky exoplanets” [1], is the result of a fruitful and long-standing collaboration between scientists at the Lawrence Livermore National Laboratory (LLNL), University of Rochester and Prof. Tom Duffy and his students at Princeton University, bringing together complementary expertise in dynamic compression techniques and geoscience.

When I started doing laser compression experiments, I rapidly realized how peculiar they are. I’m still amazed by the different time and length scales involved. It takes more than a year of preparation to perform an experiment that lasts a few billionth of a second. Similarly, we use giant lasers contained in a 100 m long building to compress a sample which is just barely thicker than a hair (Figure 1) and the results of the experiment inform on the properties of planets at least 4 light-years away from us!

The research we report here finds its foundations in our previous study on magnesium oxide (MgO), which led to the discovery of the B1-B2 phase transition at about 600 GPa from in-situ x-ray diffraction [2]. MgO had long been predicted to undergo a transformation from a 6-fold coordinated NaCl structure (B1) to an 8-fold coordinated CsCl structure (B2). However high-pressure x-ray diffraction experiments with diamond anvil cells had not observed any phase transitions in the pressure range explored. Using lasers to generate high pressure conditions provides an elegant way to simultaneously squeeze and heat the material by launching ultrafast compression waves. By fine-tuning the laser power and the pulse duration it is possible to control the amount of heating generated in the sample, therefore compressing materials to incredibly high pressures while keeping the temperature low enough to stay below melting. Combining this compression technique (called “ramp compression”) with in-situ x-ray diffraction, it becomes possible to investigate the properties, such as crystal structure and density, of the planetary building blocks. This is what we did for MgO initially and now also for iron oxide (FeO).

Magnesium and iron oxides are indeed the main constituents (together with silicates) of the Earth’s mantle and are likely to exist inside rocky exoplanets as well. While within the Earth’s mantle they form ferropericlase ((Mg,Fe)O), it is unknown how they behave when subjected to the more extreme pressures existing within extrasolar planets. In particular, we wanted to investigate if the occurrence of phase transitions in the end-members would affect their ability to mix and what are the consequences for the interiors of exoplanets.

Evidence for the formation of a B2 structure in iron oxide was found in diamond anvil cell experiments at ~250 GPa and reported in Science in 2011 [3]. However, it was not established to what pressure B2-FeO would be stable. In our study we found that the B2 structure persists up to at least 700 GPa. Therefore, both minerals undergo the B1-B2 phase transition, although at very different pressures: 250 GPa in FeO and 600 GPa in MgO. Because the formation of the B2 phase is expected to be associated with a large drop in viscosity, the occurrence of the B1-B2 transition may have important consequences for the interior structure of massive terrestrial exoplanets whose interior pressures are high enough to favor the emergence of the new phases. We investigated this aspect in our work, and we found that exoplanets 5 times more massive than the Earth may be characterized by a complex stratification and rheology structure (Figure 2) [1].

This research was carried out at the Omega Laser Facility at the University of Rochester, NY (Figure 1), and another quite unique characteristic of these experiments is that they are largely hands-off. You rely on the expertise of an amazing crew led by the shot director to take care of setting up the laser and the diagnostics to the specific needs of your experiment. Your role as the principal investigator is to communicate all the parameters of the experiments, from the needed laser power and timing and the target characteristics to the diagnostics usage and configuration, which is done by filling out an online shot request form.

X-ray diffraction is one of the few experimental platforms at Omega where the PI is actually responsible for setting up the diagnostic for the shot. We use an instrument called PXRDIP (Powder X-Ray Diffraction Image Plate) [4], consisting of a 50x50x75 mm box containing x-ray sensitive detectors (Figure 1). To prepare the diagnostic for the experiment you first line the inside walls of the box with image plates detectors, add filters (if needed) and insert the sample in the front face where the lasers beams are focused. You then go back to the control room and wait for the 10 second count down announcing the upcoming laser blast.

Being hands-off experiments doesn't make them less exciting. It is incredible to think that we are recreating a small planet during a few billionth of a second and in real time we get to see how its interior structure looks like! 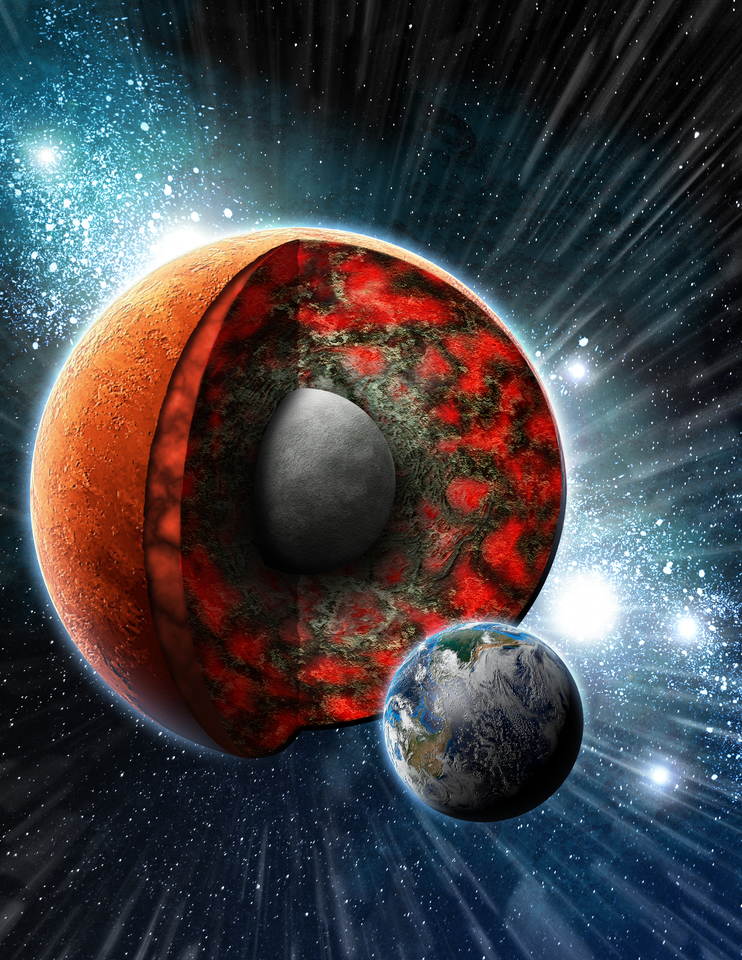