The discovery of persistent plasma waves by Voyager 1 opens a new avenue to study structure in the nearby interstellar medium from sub-AU to tens of AU scales.

Almost 11 years ago, Voyager 1 crossed an unprecedented boundary: it became the first human-made object to enter interstellar space. I was just a high-school student at the time, oblivious to the milestone and unaware that the following decade would see me join the Voyager Interstellar Mission as a graduate student Guest Investigator. While I was busy learning the undergraduate physics curriculum, Voyager 1 was treading through the interstellar medium and revealing in stark detail how interstellar plasma and the solar wind collide and interact across a boundary layer called the heliopause, where they engage in a massive pressure-balancing act that shields our heliosphere from the great beyond.

Every so often, coronal mass ejections from the Sun send shock waves coursing out across the heliopause, exciting transient plasma oscillation events that are detected by the Voyager 1 Plasma Wave System (PWS) -- these events appear in the PWS spectrum at radio wavelengths, as you can see (and hear) in the video below. Up until this work, Voyager 1 relied on these plasma oscillation events to measure the density of the interstellar medium, as the frequency of the oscillations depends directly on the plasma density. About once a year, the Voyager 1 PWS picked up the kHz-level signature of plasma oscillations, allowing the PWS team to add another few points to the map of the interstellar density roughly once every few AU. At the same time, studies of the fine-scale structure of these events revealed how interstellar turbulence manifests in density fluctuations across a wide range of scales, from 10s of meters up to an AU or larger.

These results caught the attention of my graduate research advisor about a year after I joined his group, when I was in the midst of learning to use radio emission from pulsars and fast radio bursts to characterize the properties of interstellar plasma. When NASA released a call for proposals for the Outer Heliosphere Guest Investigator Program, we jumped at the opportunity to study the interstellar medium with the most direct probes out there: Voyagers 1 and 2. One of our chief goals was to apply the power of signal processing to search for weaker signals in the PWS data, which maybe, just maybe, were hiding between and behind the bright plasma oscillation events that had already been discovered.

After several months of combing through the data with a finer and finer-toothed comb, I noticed a faint line in the PWS spectrum, which appeared to follow the plasma frequency and persisted for almost three years, beginning in 2017 and ending with the most recent publicly available data. This plasma line was unlike anything I'd seen before, extremely narrowband and so weak that it was only detectable in the absence of plasma oscillation events. Anxious to determine whether this signal was real or some kind of noise artifact, we consulted with the PWS PI Don Gurnett and Co-I Bill Kurth at the University of Iowa, who performed independent checks of the data and confirmed the validity of our detection. After much discussion with our colleagues at U. Iowa about the origin of this faint plasma line, we concluded that this signal could be used to infer the plasma frequency. For the first time, we were able to regularly trace the plasma distribution of the very local interstellar medium over almost 10 AU of interstellar space, with a spatial resolution less than 0.05 AU.

The persistence of this narrowband plasma wave emission raises a number of exciting possibilities and questions. It is possible that this signal will be continue to be detectable in newer data from Voyager 1, enabling Voyager 1 to quasi-continuously track the plasma density for as long as the signal persists. It is unclear exactly what physical mechanism could be responsible for such narrowband, persistent plasma waves. The signal's detection in the absence of shock-triggered plasma oscillation events suggests that this plasma line is not generated by solar activity, and may be related to an intrinsic process in the interstellar medium, such as thermal density fluctuations in the plasma. This possibility is extremely exciting because it suggests that this detection could allow Voyager to trace the quiescent properties of interstellar plasma for the first time, rather than probing interstellar plasma as it is being modified by solar activity. Even after over 4 decades of space travel and innumerable ground-breaking discoveries, Voyager 1 continues to tread a new path. Who knows what discoveries still lie ahead of it? 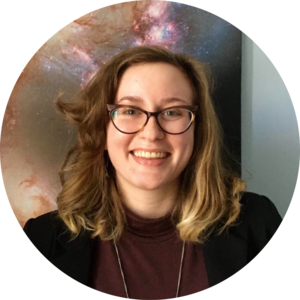