The physical processes responsible for the sudden termination of star formation in massive galaxies have not been clarified yet. Our study reveals that collisions between galaxies can eject large quantities of cold gas from galaxies through tidal tails and rapidly quench star formation.

It was January 2018, I just moved to Paris to start my first post-doc in Emanuele Daddi’s group at CEA-Saclay. I was inspecting the spectra of 100 star-forming galaxies obtained with the Atacama Large Millimetre Array (ALMA) interferometer. By analysing such a large sample of galaxies, I wanted to study the properties of the molecular gas in distant galaxies. This is traced by the emission of the carbon monoxide (CO).

The spectrum of galaxy ID2299 caught my attention since it displayed an excess of emission near the very prominent emission from the galaxy (Figure 1). I thought: “Uh! This is interesting”. I showed the spectrum to Emanuele. “Yes, let’s keep a note about this object”. And we moved on. Many other things were piling up, as usual, and I stopped thinking about that galaxy for a while.

One year went by and I finally started to analyse the spectrum of this galaxy. To my surprise, the flux of the broad component (red line in Figure 1) was about half of the flux measured in the narrow line associated to the galaxy (blue line in Figure 1). The gas in the broad component was moving fast, reaching up to 600 km/s in the reference frame of the galaxy. This suggested that the gas was being ejected from the galaxy. We realised that ID2299 was a special object from which we could have learned important information on how galaxies evolve. In our study, published in Nature Astronomy, we show that this ejection will cause the galaxy to stop forming stars in a few million years, that is ~100x time faster than the typical duration of star formation episodes in galaxies.

Understanding the cause of this massive ejection was a crucial part of the puzzle. Broad components are fairly common in the spectra of distant galaxies and are typically associated to galactic winds. These winds can be produced either by the accretion of gas onto a supermassive black holes or intense star formation episodes. ID2299 is hosting an active black hole and is forming stars at a very high rate. However, the numbers didn’t just add up. Nor the active black hole nor the burst of star formation were powerful enough to produce the ejection. Furthermore, if this would have been a galactic wind, the physical properties of the expelled gas should have been more extreme than what we observed.

Numerical simulations of galaxy mergers were crucial to solve the puzzle. By comparing the observations with simulations, we concluded that the ejection was a tidal tail produced by the merger with another galaxy. Tidal tails are elongated streams of stars and gas extending into the interstellar space as a result of tidal forces developing through the interaction (Figure 2). It is difficult to identify tidal tails in the distant Universe because of their low luminosity. We were lucky to observe this ejection during the initial phase of the launching.

The discovery of the ejection in ID2299 gives us important indications on how galaxies die. Future observations with ALMA at higher resolution will allow us to better understand the dynamics of the ejected gas. 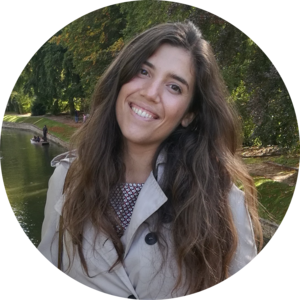