Galaxy clusters are the largest gravitationally bound objects in the Universe. Our study reveals radio emission from these systems, when the Universe was only 7 billion years old, and has important implications on the models of formation and evolution of magnetic fields in galaxy clusters.

Attracted together by gravitational forces, galaxy clusters – a gathering of thousands of galaxies – can collide with other clusters, generating the most energetic events in the Universe after the Big Bang. From observations of the nearby Universe, we know that these collisions have a huge impact on clusters. The space in-between galaxies is filled with extremely hot and dilute intracluster gas visible at X-ray wavelengths, which is shocked and subjected to turbulent motions that push it at velocities close to the speed of light. When this accelerated gas interacts with magnetic fields — which are about one million times weaker than what we measure in the Sun —, spectacular phenomena extending for millions of light years (1 million light year is about 1019 km, that is 10 million of a trillion of kilometres) are visible at radio wavelengths: radio halos and radio relics (Figure 1).

But how do distant clusters appear in the radio band? This question has puzzled astronomers for many years. The lack of high-sensitivity and high-resolution radio telescopes had limited the observations of these systems to the nearby Universe.

The story of LOFAR (an acronym for LOw Frequency ARray), a European network of radio receivers with its core of antennas located in the Netherlands, officially started in 2013. Since then, thanks to an ongoing survey of the entire northern sky that allowed radio observations at MHz frequencies of a large number of objects with unprecedented detail, many discoveries have been made about the smallest and largest objects in the Universe. Therefore, we asked ourselves: can we use this powerful instrument to finally detect these spectacular radio phenomena in clusters far away?

What we show in the work we published on Nature Astronomy is that this radio emission is quite common in our sample of galaxy clusters located about 7 billion light years away. In Figure 2, we show one ofthe most astonishing systems we observed with LOFAR. More interestingly, we found these distant galaxy clusters have a similar radio luminosity to that measured in nearby systems, in the same cluster mass range. This was quite a surprise, at the beginning: we were expecting something intrinsically much fainter! Collaborating with theoreticians at the Istituto di Radio Astronomia in Bologna (Italy) was crucial to better understand these results. We concluded that the strength of these collisions is able to accelerate the intracluster gas in a still-young Universe.

From the radio luminosities, we could estimate the strength of magnetic fields in these distant clusters. It turned out that this is quite similar to that in nearby systems — a few millionth of a Gauss (μGauss). Again, a surprise! From numerical simulations, it is thought that, during the history of the Universe, initial seeds of magnetic fields increase their strength when they are subjected by turbulent motions. This is supposed to be a very slow process. Because the clusters we observe are far away, and hence they are very close to the moment when they form, there should not be enough time for the magnetic fields in those systems to reach a μGauss level. Although we still do not know exactly how this is possible, this result gives insights into the intrinsic properties of the turbulent intracluster gas and into cluster magnetic fields.

This study is a breakthrough in our quest to understand the most gigantic collisions in the Universe, and cluster evolution over the cosmic time. However, it also leaves many questions mark regarding the origin of the magnetic field seeds and the physics of the turbulent motions. With the increasing area of the sky covered by LOFAR, we expect to find many more distant clusters showing radio emission to help us find some more answers. 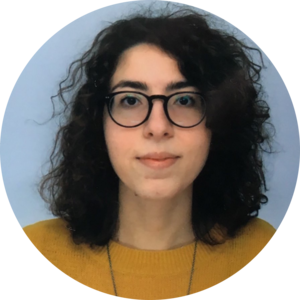