An asymmetric binary pulsar system discovered by our team with the Arecibo radio telescope has shown how neutron-star mergers can shed important light over the widest of astrophysical scales: from the exotic nuclear matter that makes up these extreme objects, to the expansion of the Universe itself.
Robert Ferdman
Lecturer, University of East Anglia
Follow
Like Liked by Paul Woods and 1 other
0

Pulsar timing measurements show a mass ratio of about 0.8 for the double neutron-star system PSR J1913+1102, and population synthesis models indicate that such asymmetric systems represent 2–30% of merging binaries. 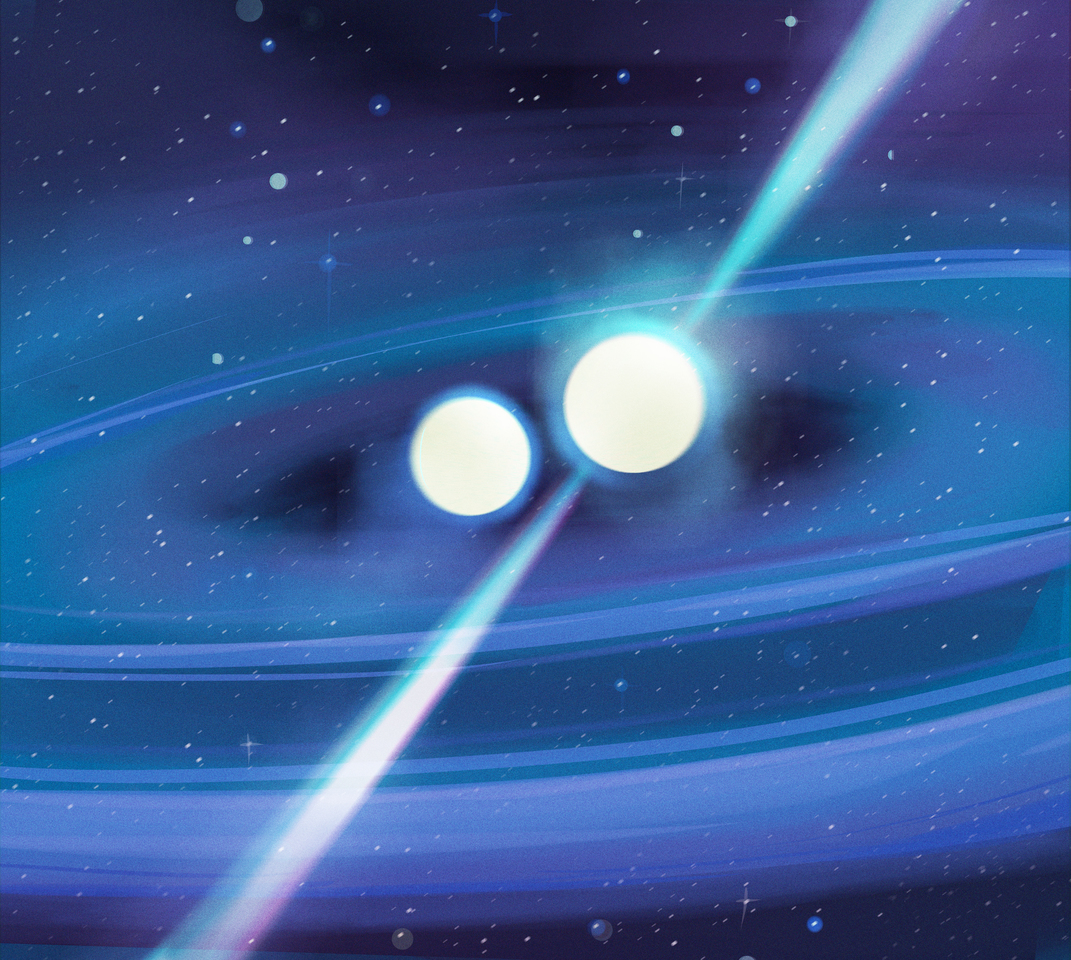