Approximately 90% of all stars, those with initial mass up to about 8 solar masses, end their lives as white dwarfs, very dense stellar remnants doomed to cool and dim forever.

Before that happens, in the final few breaths of life, these stars make one last important legacy, gently sprinkling their ashes into the surrounding space through the magnificent planetary nebulae. These ashes, spread into the cosmos via so-called “stellar winds”, are enriched with many different chemical elements, including carbon, newly synthesized in the deep star’s interiors during the last stages before death.

As we all know carbon is essential to life on Earth. Every carbon atom in the universe was created by stars, through the fusion of three helium nuclei. The origin of carbon in our own galaxy, the Milky Way, is still debated among astrophysicists. Some studies are in favor of low-mass stars that blew off their envelopes by stellar winds and became white dwarfs, others place the major site of its synthesis in the winds of massive stars that eventually exploded as supernovae.

Our work shows that white dwarfs may help shed light on the origin of carbon in the Milky Way. This is the story behind the paper.

Thanks to astronomical observations conducted between August and September 2018 at the Keck Observatory, near the summit of Mauna Kea volcano in Hawaii, we discovered and analyzed a few white dwarfs belonging to open star clusters of the Milky Way.

Open star clusters are groups of up to a few thousand stars held together by mutual gravitational attraction, which were formed from the same giant molecular cloud and share roughly the same age. From the analysis of the observed Keck spectra, it was possible to measure the masses of the white dwarfs, while using the theory of stellar evolution we traced back to the progenitor stars, deriving their masses at birth.

The connection between the initial stellar masses to the final white dwarf masses draws the so-called initial-final mass relation, a fundamental diagnostic in astrophysics as it integrates information of the entire life cycles of stars, linking birth to death.

When placing the new white dwarfs of old open clusters on the initial-final mass relation, we were struck by an unexpected and, in a certain way, bizarre result: the masses of those white dwarfs were notably larger than what hitherto astrophysicists believed. Even more surprising, we realized that their inclusion broke the linear growth, introducing a sort of small ripple in the relationship, a little kink peaking at initial masses around 2 solar masses. That means that stars born roughly 1.5 billion of years ago in our Galaxy did not produce white dwarfs of about 0.60-0.65 solar masses, as it was commonly thought, rather they died leaving behind more massive compact remnants, of about 0.7 - 0.75 solar masses, which until now have always been associated to stellar progenitors with birth masses around 3 solar masses.A seemingly small difference, but actually of considerable impact for astrophysics. How to explain this “anomalous” result?

Our study interprets that little kink in the initial-final mass relationship as the signature of the synthesis of carbon made by low-mass stars in the Milky Way.

In the last phases of their life, stars with an initial mass of about 2 Msun produced new carbon atoms in their hot interiors, transported them to the surface, and finally spread them into the interstellar medium through gentle stellar winds. Our detailed stellar models indicate that the stripping of the carbon-rich outer mantle occurred slowly enough to allow the central cores of these stars, the future white dwarfs, to grow considerably in mass. Analyzing the initial-final mass relation around the little kink we also concluded that stars more massive than 2 Msun contributed as well to the Galactic  enrichment  of carbon, while stars less massive than 1,65 solar masses did not. In other words 1,65 -Msun represents the minimum mass for a star to spread its carbon-rich ashes upon death.

This result is important for various reasons. On a close scale, it poses stringent constraints on how and when carbon, the element essential to life on Earth, was produced by stars of our galaxy, ending up trapped in the raw material from which the Sun and its planetary system were formed 4.6 billion years ago. Our study indicates that carbon,  which we are made of, came from stars with a birth mass of not less than roughly 1.65 solar masses.

On a distant scale, the same result helps us understand the properties of the galaxies that populate the universe. By combining the theories of cosmology and stellar evolution, we expect that bright carbon-rich stars close to their death, quite similar to the progenitors of the white dwarfs we analyzed in this study, are presently contributing to the light emitted by very distant galaxies. The same light, that carries the signature of newly produced carbon, is routinely collected by the large telescopes from space and Earth to probe the evolution of cosmic structures.

This work is the result of an extensive and fruitful international collaboration that has drawn on multiple pieces of expertise: from the collection and analysis of excellent quality astronomical data thanks to the observation time awarded at major telescopes (Keck, Hubble) and other data made available by the GAIA satellite, to the generation of detailed models of white dwarfs and their progenitors in the various evolutionary stages, from birth to death. 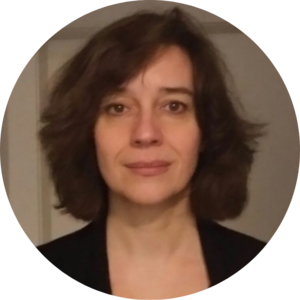 I am professor of Stellar Structure and Evolution, Theoretical Astrophysics and Nuclear Astrophysics at the University of Padova, Italy. My core scientific interests deal with the advanced stages of stellar evolution, nucleosynthesis, dust formation in stellar outflows, equation of state and molecular opacities.
Follow